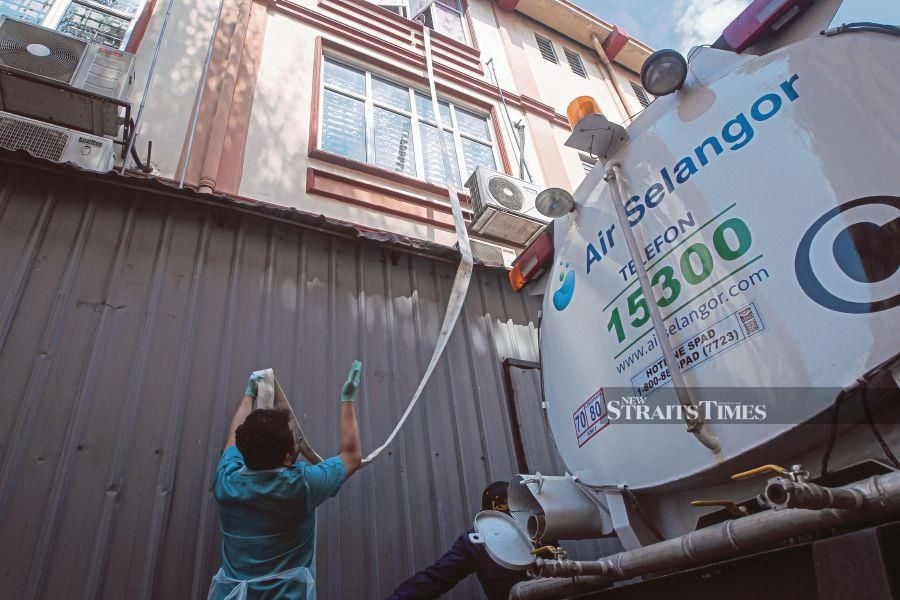 Pengurusan Air Selangor Sdn Bhd (Air Selangor) will raise new water tariffs at a rate of 20 sen per cubic metre for the categories of non-domestic users, houses of worship and ships effective Aug 1

"For houses of worship, the calculation using the pro-rate (per cubic metre) of 46 sen rises to 58 sen for each cubic metre. For the ships category, every cubic metre will rise from RM4.23 to RM7," he said in a media conference at the Annex Building, Dewan Negeri Selangor today.

Izham said the new water tariff adjustment will help Air Selangor in terms of high capital expenditure to ensure the continued operation of the company.

"There are many expenses that we bear, the high capex between RM30 million for 30 years. We also bear the pipe replacement costs of around RM150 million annually, which doesn't include other operational costs.

"The annual electricity bill alone involves RM300 million. Chemicals to treat water cost around RM80 to RM100 million yearly. So we have high (operational) costs but our tariffs are among the lowest in the region.

"The adjustment will also help Air Selangor with the state government's plans to build new water treatment plants and pipe replacements and outdated equipment," he added.

Izham was commenting on the government's recent decision to maintain the water supply tariff for domestic users in Peninsular Malaysia and the Federal Territory of Labuan following the rising costs of living faced by Malaysians.

The Cabinet had also agreed on June 22 that tariff for non-domestic users and special categories in Peninsular Malaysia and Labuan would be increased by 25 sen per cubic metre effective Aug 1.--BERNAMA