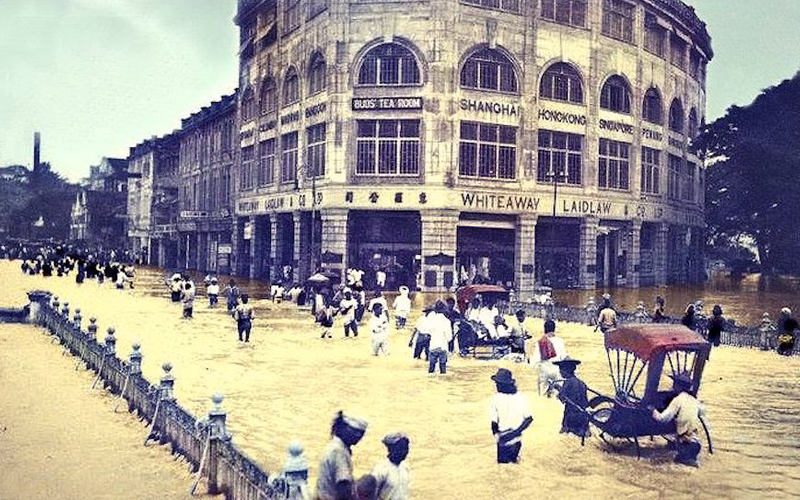 Department stores John Little and Whiteaway Laidlaw on Java Street – now Jalan Tun Perak – were among thousands of businesses affected by the flood of 1926. (Pinterest pic)

PETALING JAYA: While Malaysia is blessedly safe from most natural disasters, floods remain a constant threat. And with climate change, wanton deforestation, and questionable infrastructure, things are unlikely to change anytime soon.

December saw one of the most devastating floods in recent memory, with dozens dead and over 70,000 people displaced. It seems the country is confronted with devastating deluges about once every 50 years.

In 1971, Kuala Lumpur turned into a sea of muddy water when the Gombak and Klang rivers burst their banks. Older folks might remember this time, when then prime minister Tun Abdul Razak declared a state of natural disaster.

But about a half-century before that particular event, there was an even more catastrophic one in British Malaya that was dubbed the “Great Flood” of 1926.

The rain first started on Christmas night that year, with Kuala Lumpur residents expecting it to be nothing more than a typical shower. It ended up lasting for 50 hours. 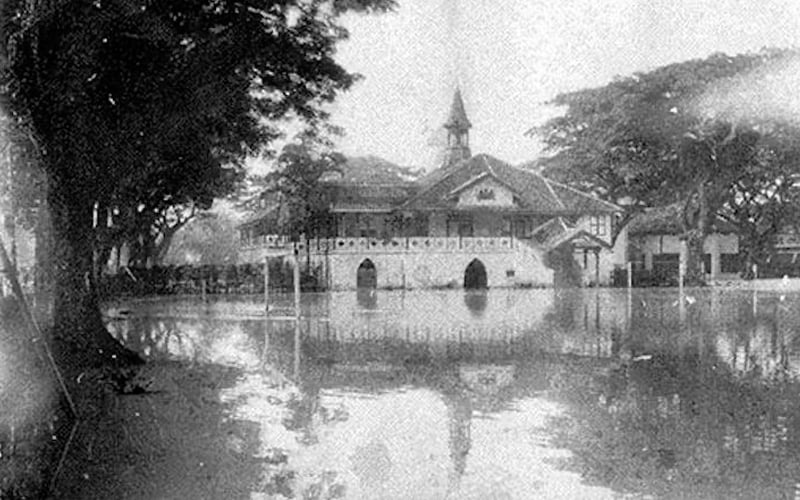 By Dec 27, most newspapers warned a flood was inevitable. One witness to this catastrophe was Fergus Ferguson, the reverend of St Andrew’s Presbyterian Church on Weld Road, today called Jalan Raja Chulan.

As he later recalled, there was “a metre of water in the centre of KL. Office and shop workers paddled to work in sampans and, when the waters receded, the Chartered Bank spread millions of soggy bank notes to dry on the Selangor Club’s field”.

When waters began to recede on Dec 30, people heaved a sigh of relief, only to have their hopes dashed when the downpour resumed.

The Royal Selangor Club’s field was submerged and, in some parts of the city, water levels rose to a terrifying 1.8m. KL had effectively become a sea, with multistorey buildings sticking out as islands of refuge.

Railway services were unsurprisingly disrupted, and many passengers who travelled from Singapore to Ipoh found themselves stranded in the city.

As it turns out, inclement weather had occurred all over the peninsula that year, leading many to lose their livelihoods and lives.

In Selangor’s Kuala Kubu, a district officer reported that rain had fallen continuously from the night of Dec 25 until the morning of Dec 30. 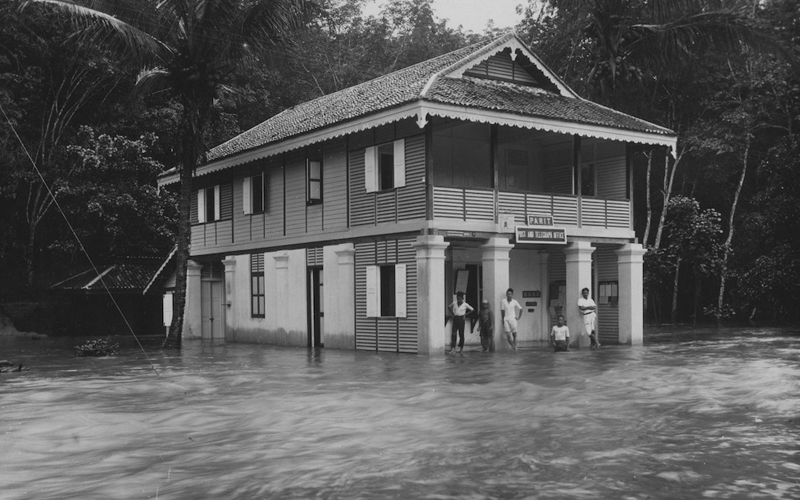 The Parit post office in Perak cut off by floodwaters. Communication was severed due to downed telegraph lines and stalled railways. (Pinterest pic)

“Kuala Kubu was cut off from Rasa by both road and rail,” he wrote. “I received the report of a case of death by drowning.

“At the hospital, I saw the body of the deceased, a Chinese boy aged about 14 years. He was said to have drowned when attempting to remove driftwood from the river.”

The flood swept away much of the town, and the rebuilt town was named Kuala Kubu Bharu afterwards.

One official report from Kuala Reman, Kelantan, reads: “Jungle trees brought down were stripped of all branches and bark, leaving bare trunks.

“The remains of human beings consisted of skeletons only, all flesh having been stripped off by abrasion.”

It wasn’t just people who were swept away by the waves of destruction; carcasses of wild animals, including wild boars and tigers, were found scattered throughout plantations in the following weeks.

In Pahang, the currents were powerful enough to wash away railway tracks and bridges, and bury locomotives in mud.

At points, the railway connecting Kuala Lipis to Kelantan was beneath 6m of water, and many rural farmers had to watch helplessly as homes and crops were lost in an instant.

Private boats, mostly belonging to wealthy folks or private companies, were used to rescue stranded victims and distribute food to the displaced.

Donation drives and funds were established, with the Perak Relief Fund gathering some 63,000 Straits dollars within the first weeks of January.

And as the floodwaters finally receded in the New Year, the effects left behind were sorely felt by Malayan society.

Having lost entire fields of padi, many disheartened farmers did not regrow their crops in 1927, first needing time to recover.

Pools of stagnant water also led to a massive increase of the mosquito population in both rural and urban areas, causing malaria outbreaks.

Researcher Fiona Williamson said the 1926 deluge could not be blamed entirely on extreme weather conditions; rather, “a combination of localised factors exacerbated the effects of the heavy rain … [including] land transformation, neglect of water courses, and poor hydraulic governance.”

Hence, she writes, “critics landed the blame for the 1926 floods squarely at the British government’s feet”.

In 1928, Federated Malay States chief secretary George Maxwell admitted the flood had been exacerbated by unrestrained human activity and deforestation.

With climate change being a very real threat, one can only hope Malaysia has learnt, and will continue to learn, from its past. Otherwise, it could only be a matter of time before another “great flood” occurs in everyone’s lifetime.