Johor to set up committee to tackle river pollution ISKANDAR PUTERI, Nov 21 -- The Johor government will set up a River Pollution Monitoring and Remediation Committee as a measure to address pollution in rivers in the state.

Menteri Besar Datuk Dr Sahruddin Jamal said the main emphasis would be on critical rivers such as the Sungai Skudai and Sungai Tebrau in Johor Bahru.

"Among the initiatives to tackle the problem of river pollution is adding three water quality monitoring stations in Sungai Skudai, Sungai Ulu Sedili Besar and Sungai Johor at a cost of RM500,000 a year, to be channelled to the Johor Water Regulatory Body (BAKAJ)," he said when tabling the Johor 2020 Budget at the Johor State Legislative Assembly in Kota Iskandar here today.

Dr Sahruddin said another initiative was the purchase of two waste collection boats for river cleaning activities at a cost of RM3 million, which would be used at Sungai Tebrau and Sungai Skudai.

On behalf of the state government, Dr Sahruddin extended heartfelt thanks and appreciation to Johor Regent Tunku Ismail Sultan Ibrahim for his willingness to return the RM500,000 incentive received by the Johor Darul Ta'zim (JDT) football team for their 2019 Malaysia Cup win to the state government, to finance the purchase of the waste collection boats.

In addition, he said the Johor Department of Environment (DOE) and the local authorities would conduct periodic reporting and monitoring of factories, premises, as well as scheduled waste and chemical industries.

“The Johor State Biotechnology and Biodiversity Corporation (J-Biotech) will undertake river conservation initiatives in Johor by applying 'J-Biotech Active' microbial technology to conserve and improve the quality of river water.

"This microbial technology contains nine micro-organisms, and RM500,000 will be allocated to J-Biotech for this purpose," he said.

Dr Sahruddin said the state government had also agreed to set up the Johor Transport Council to strengthen the state's transport network.

He said the council would act as coordinator for strategic initiatives for holistic response planning, in line with the Johor Public Transport Master Plan 2015-2045 and the National Public Transport Policy 2019-2030.

He said to reduce the cost of living, the 'Muafakat Johor' bus service would be expanded with the addition of 10 new routes, through an additional allocation of RM4.3 million and an overall cost of RM29.1 million next year.

“In support of Visit Johor Year 2020 and the 2020 Malaysia Games (Sukma), the state government will introduce a 'free ride bus' programme that will be implemented throughout 2020.

"Locals can use the Johor Muafakat Bus service to go to places of interest in the state and to the competition venues during the 2020 Sukma by showing their Malaysian identity cards," he said. 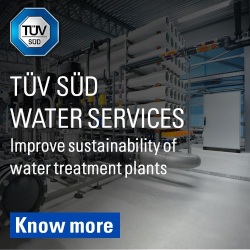