Abg Jo: Sarawak water authorities to be merged into one within two years

Abg Jo: Sarawak water authorities to be merged into one within two years 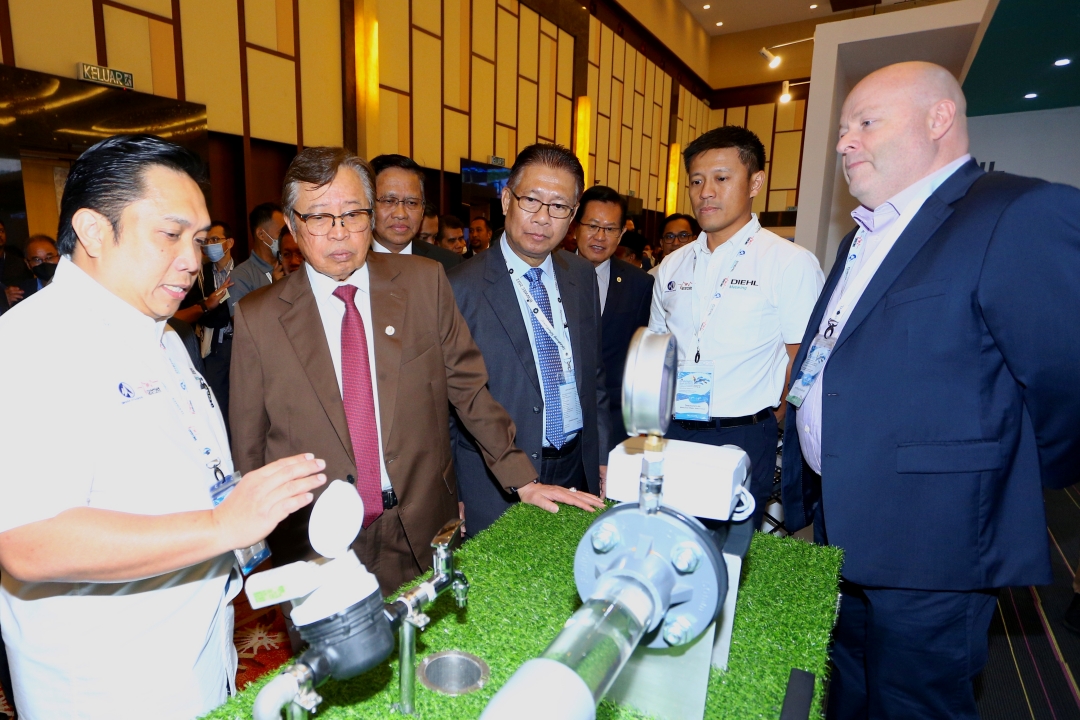 Abang Johari (second left) being briefed at one of the exhibits at the BIWWEC accompanied by Julaihi (third left) and others. – Photo by Muhammad Rais Sanusi

KUCHING (Oct 18): The Sarawak government will be setting up a single water authority within two years, that will be responsible for water management in the state, said Premier Datuk Patinggi Tan Sri Abang Johari Tun Openg.

He said water authorities in the state such as the Kuching Water Board, Sibu Water Board, and Laku Management Sdn Bhd will be merged under this authority.

“The authority will be a statutory body, and as such we would have to table an ordinance at the State Legislative Assembly (DUN) Sitting to form the body.

“It will be something similar like Sarawak Energy, and the authority will be parked under the Ministry of Utility and Telecommunication,” he told a press conference after officiating at the Borneo International Water and Wastewater Exhibition and Conference (BIWWEC) 2022 here today.

He said the ordinance will not be tabled in the coming DUN Sitting this year as Utility and Telecommunication Minister Datuk Julaihi Narawi and relevant experts are still studying the process on the authority’s structure and jurisdiction.

“The authority will be entrusted to implement the State Water Supply Grid System while at the same time, regulate water bodies at our dams.

“I will leave this to the minister and he along with the experts and those involved will make their recommendation to the government within these two years,” he said.

Earlier in his speech, Abang Johari said Sarawak will adopt the process of methylcyclohexane (MCH) to transport its hydrogen supply.

“I learnt during my recent trip to Japan that this is a new process which does not involve cracking, which is a process applied when using ammonia for hydrogen storage.

“They’ve only found this technology about six months ago and Sarawak is adopting this innovative process,” he said, adding that hydrogen is the way forward for Sarawak to address climate change.

08/07 Job Vacancies     18/10 Abg Jo: Sarawak water authorities to be merged into one within two years     27/09 Sewerage tariffs for peninsular Malaysia, Labuan to be streamlined, adjusted starting Oct     27/09 Ranhill likely to get boost from water tariff hike