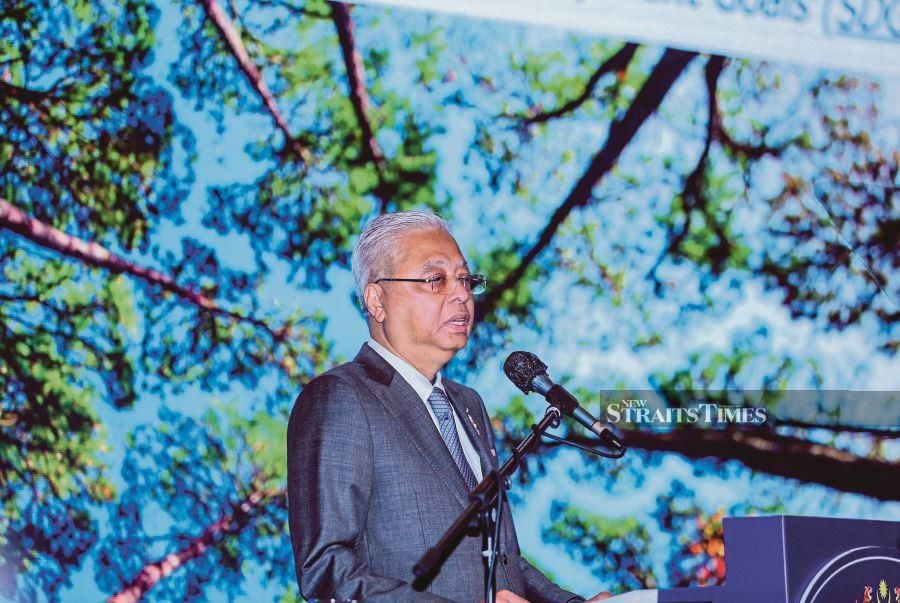 KUALA LUMPUR: Water recycling projects between Indah Water Konsortium Sdn Bhd (IWK) and concessionaires in the states are among the government's efforts towards achieving a sustainable environment and water resources.

"Securing new non-consumable water resources for the industry is one of the government's strategies in water rehabilitation and conservation, apart from creating supplementary income for water operation companies," he said in a statement after chairing the third National Water Council (MAN) virtual meeting.

He said during the meeting, two other papers were also discussed, with one of them being the gazettement of government land reserves for flood mitigation ponds and rivers affected by rapid urban development that caused frequent floods during downpours.

He said any disruption to the facilities or components, which covered rivers and retention ponds, would affect the overall flood mitigation system.

"The proposed gazettement of government land is aimed at ensuring the functions of flood mitigation ponds and river reserves are maintained, ensuring clean water quality and protecting the environment."

He said the other paper revolved around short, medium and long-term structural and nature-based solutions to be taken to address the rising sea level phenomena and climate change that would cause extreme situations such as floods, drought, rise of sea level rise and storms.

These factors should be taken into consideration in drawing up actions and adaptions for planning and construction processes, to ensure they could withstand extreme disasters and reduce their impacts, as well as socio-economic sustainability and the country's development.

Also present at the meeting were Cabinet ministers, Menteris Besar, chief ministers, Chief Secretary to the Government, Treasury Secretary General and related heads of departments and agencies, while the Environment and Water Ministry acted as council secretariat.

Ismail Sabri said MAN was an important platform for coordination efforts between the federal and state governments in setting policies, directions and approaches related to the country's water management and development.

The meeting, he said, stressed that serious attention should be given to the impact of rising global temperatures of over 1.1 degree Celsius that had caused drought seasons and frequent floods.

"The meeting has recommended that climate change be taken into consideration immediately in development planning so the country can prevent losses of lives and property damage in the future.

"It also stressed on the water transformation starting from the 12th Malaysia Plan (12MP) until the 15MP," he said, adding that the agenda would make the water sector an economy booster and a dynamic growth driver by 2040.

He also called on close cooperation between the federal and state governments in ensuring the success of the transformation agenda.

During the meeting, two other papers were also presented, namely, delegation of responsibilities between the Drainage and Irrigation Department, local governments and other agencies; and guidelines in building tube wells for exploration, monitoring and production in underground water resource usage.