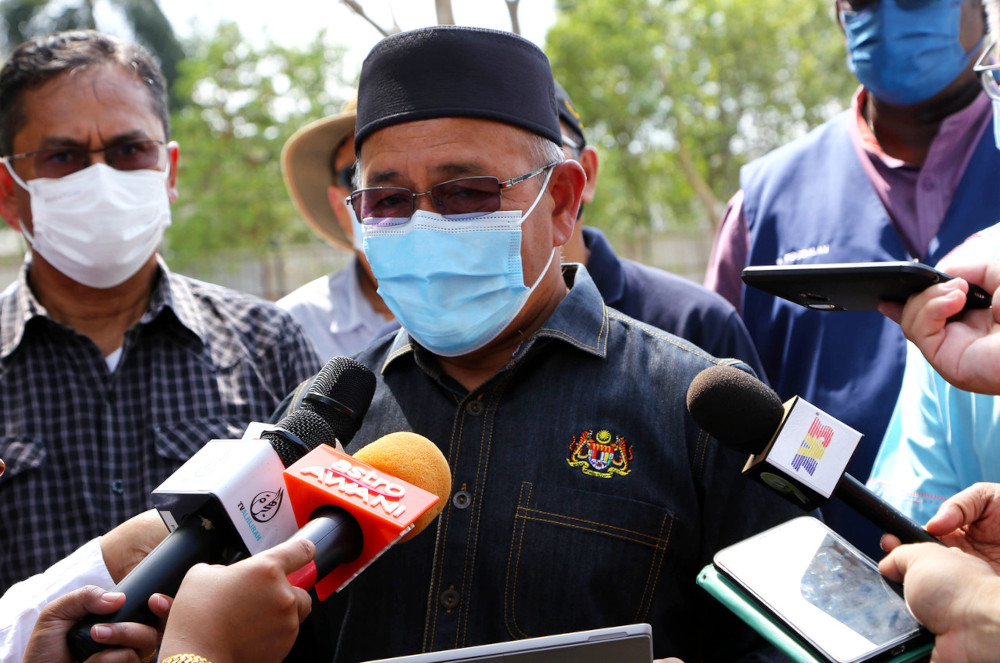 REMBAU, Sept 26 — The Environment and Water Ministry (Kasa) and Economic Planning Unit (EPU) have included the Water Sector Transformation Plan 2040 (WST 2040) into the 12th Malaysia Plan (12MP) to make the water sector an engine of economic growth as well to make the country a regional water hub by 2040.

Its minister, Datuk Seri Tuan Ibrahim Tuan Man said the ministry was also committed to ensuring the adequacy of water resources and guarantee of clean water supply through the WST 2040.

He said a total of 2,986 river basins throughout the country were sources of clean water supply with an average annual rainfall of more than 2,000 millimetres, one of the highest in the world that needed to be utilised.

“Kasa, through the EPU and the Academy of Sciences Malaysia, is formulating an alternative financing model for the water sector to be implemented under the WST 2040 agenda.

“So far, water infrastructure projects are highly dependent on public funding either through loans or grants. Therefore, taking into account the limited financial resources, the project is carried out by the government according to current priorities and needs,” he said when addressing the national-level World Rivers Day celebration in Sungai Rembau, here, today.

He said the Wakaf Air fund implemented in collaboration with Yayasan Wakaf Malaysia has reached RM3 million, and a total of six projects were implemented with a total cost of RM244,000 to benefit almost 3,000 people.

In the meantime, he said the government must be prepared to allocate a large amount of expenditure to mitigate risks and provide water resources infrastructure to ensure the well-being of the people.

Meanwhile, he said Kasa was formulating a comprehensive policy, strategy, and action plan to solve problems such as water surge incidents and mud floods that recently took place in the Kuala Muda and Yan districts in Kedah as well as unscheduled water supply disruptions faced by the people due to the irresponsible attitude of certain parties who pollute rivers.

He called on the state authorities to apply the Integrated River Basin Management Plan (IRBM) developed by the Department of Irrigation and Drainage (DID) as a basic reference in land use development planning, especially in river basin areas and water resources.

“All stakeholders should refer to the River Sand Mining Guidelines (Amendment) 2020 which was drafted by the DID. All enforcement agencies must act decisively, without fear or favour, against environmental criminals who pollute water and river resources,” he also said.

He called on the federal and state governments to further strengthen synergies in managing water resources, rivers and water supply sustainably in the country.

On the 2021 World Rivers Day celebration, themed “Waterways in Our Communities”, he said it is to emphasise the aspects of inclusivity and togetherness of the local community in river care. — Bernama