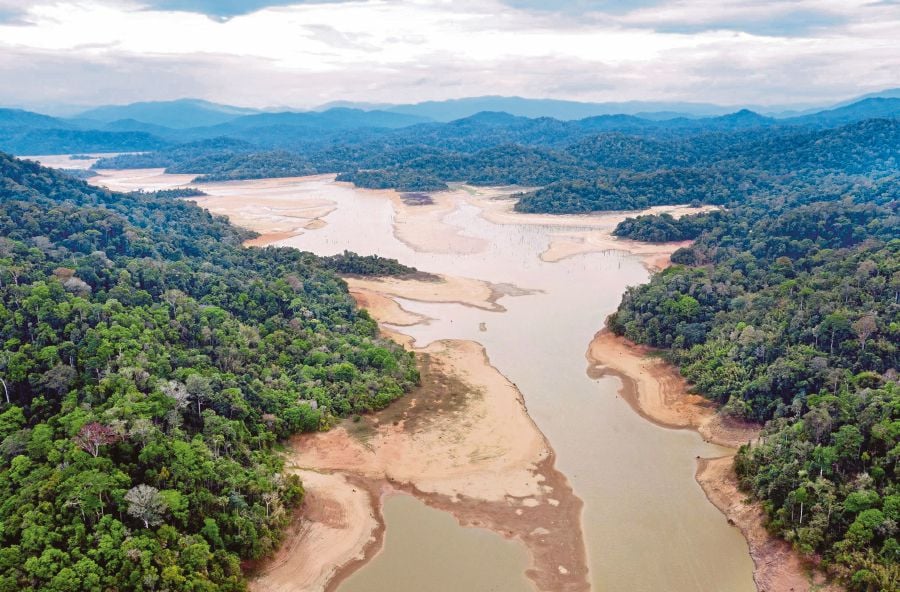 The quality of the raw water that PBAPP abstracts from Sungai Muda, downstream of the proposed project site, will be inevitably affected by daily discharges of wastewater. Raw water from Sungai Muda is used to produce treated water for 1.78 million people in Penang. - Pic courtesy of PBAPP

GEORGE TOWN: The federal government has been urged to prevent raw water pollution issues that have plagued Kuala Lumpur and Selangor from occurring in Penang and Kedah.

Penang Water Supply Corporation (PBABB) chief executive officer Datuk Jaseni Maidinsa said while seeking to resolve issues of raw water pollution that affected millions of consumers in KL and Selangor, the government must also prevent such issues from occurring in Penang and Kedah.

There were six cases of raw water pollution in Selangor last year in March, April, September, October and November.

"To minimise the risks of recurrences, all the riverbanks of key raw water resources in Malaysia must be clearly designated, protected and policed as 'limited access areas'. No unauthorised personnel or activities should be allowed in (or near) such areas. Such a ruling must be enforced consistently, without fear or favour.

"As an additional deterrent, the punishments for raw water resource pollution should be reviewed to be more severe, to reflect the implications of 'crimes' that endanger the good health and well-being of millions of people that depend on good water supply daily.

"To avoid raw water pollution in Penang and south Kedah, the federal government must not approve new land development projects adjacent to Sungai Muda. While such projects may promise and promote economic advancement, none of them should jeopardise raw water quality," he said today, adding that a case in point was the proposed Kulim International Airport (KXP) and "Aerotropolis" mega-project along the riverbanks of Sungai Muda in Sidam Kiri, Kuala Muda, Kedah.

Jaseni said, according to the environmental impact assessment (EIA) report as published for public consultation by the Ministry of Environment and Water (Kasa), the KXP and its aerotropolis project will see the development of an aerodrome, power generation and transmission facilities, a new 20-hectare (or larger) industrial estate, a new 100-hectare (or larger) township with 2,000 housing units and a sewage treatment plant that will discharge wastewater into Sungai Jurong, which will subsequently flow into Sungai Muda.

The primary concern for PBAPP, Jaseni said, was that the project would be located on 3,982.51 ha of land, adjacent to the banks of Sungai Muda.

More than 80 per cent of the raw water that PBAPP abstracts daily to provide good water supply services in Penang come from the Lahar Tiang intake.

"As such, this project presents a clear threat to the sustainability of continuous good water supply services in Penang and south Kedah because the EIA report states that the construction phase may cause siltation, sedimentation, raw water contamination, river water toxification, degradation of water quality and eutrophication (water pollution resulting from excessive concentration of phosphorous, nitrogen and other plant nutrients).

"Subsequently, the operational phase poses the same risks and threats on a long-term basis, according to the EIA report.

"Risks and threats aside, the project requires a sewage treatment plant which will discharge industrial and domestic wastewater that will flow into Sungai Muda.

The projected volume of wastewater to be discharged daily is significant because the EIA report states that this sewage plant will be initially designed with 50,000 population equivalent (PE) capacity and expanded to 500,000 PE in 30 years.

"The quality of the raw water that PBAPP abstracts from Sungai Muda, downstream of the proposed project site, will be inevitably affected by daily discharges of wastewater. Raw water from Sungai Muda is used to produce treated water for 1.78 million people in Penang. Penangites use PBAPP treated water for drinking, cooking, bathing, washing and cleaning daily," he added.

Jaseni said with the three key reasons above in mind, the Department of Environment (DoE), Kasa and the federal government should get the Kedah state government to "relocate" the proposed KXP and its aerotropolis to a safer location, away from Sungai Muda.

"It is irrational and illogical for the people of Penang to accept the water supply risks and threats posed by this project. More importantly, no one wants wastewater to be wilfully pumped into their primary raw water resource.

"Penang and PBAPP sympathise and empathise with water consumers in KL and Selangor over their water supply woes. We do not wish to face the same issues in the future ... due to the KXP, its aerotropolis or any other development project that jeopardises good water supply services," he stressed.

In Malaysia, Jaseni noted, millions of people relied on water supply services to support their daily lives and socioeconomic activities.

"As such, the sustainability of good water supply services is highly dependent on proper conservation and protection of healthy water basins and rainforest water catchment areas, such as Ulu Muda in Kedah. In fact, to ensure this, Penang and PBAPP have recommended to establish the Ulu Muda Basin Authority (UMBA).

"Malaysia has been 'fortunate' that none of its recent reported cases of river pollution have escalated to become public health issues. However, clear and definitive actions must be taken to actively conserve, protect and police our precious raw water resources, primarily to prevent potential public health catastrophes in the future," he said.